With a voyage of sufficient length, I find that I can devote myself almost entirely to my thoughts. I have considered the coming year and have decided to host several events... one being a picnic at the Allée near my home. It is a lovely place with a long gently sloping set of stone stairs that lead up into the park, completely surrounded by trees. Perhaps in April?

Another event I have decided upon is an organized naturalist expedition to occur this year whilst at the Fair at New Boston. The girls and I made a similar outing last year at the fair had had a capital time of it! I suspect my friends would enjoy such an adventure very much. Although, it occurs to me that a group of this size might draw the unwanted attentions of the local natives, therefore we would want to be certain to employ a number of armed men to protect the assembled. I too shall take along my old sea service pistol just in case. I cannot help but think back to the enjoyment the girls and I garnered from last year's outing. 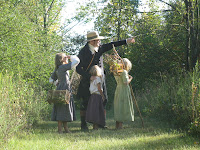 That Saturday afternoon we assembled a group to set forth on what would become a nature expedition for children. Near four o'clock I set out toward the woods that surround New Boston with my daughters and several children that we had befriended during the course of that day en tow. The further we went, the more children started heading back to the fair until, eventually, only two intrepid young lads remained with us. Eventually our walk lead us deep down a well worn trail where the sunlight only peeked through the canopy of leaves overhead. 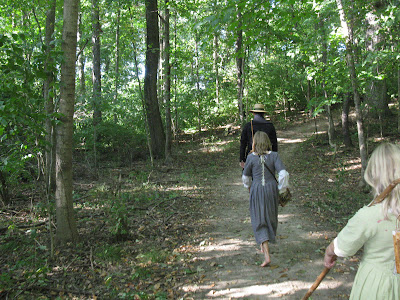 The girls aided me in carrying the specimen cages. 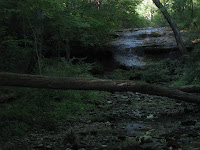 Eventually, we came across a scenic little waterfall that trickled down into a shallow, stoney creek. The children were on it in a flash! The boys wasted no time in discovering all manner of crayfish and swarms of glimmering minnows. And I had to remind the girls constantly not to get their dresses wet, because the sun was setting, and it would be cold soon. The falls and the creek were not very active, and there was a good deal of flora grown up in the old creek bed due to generally dry conditions in the area for the past few weeks. 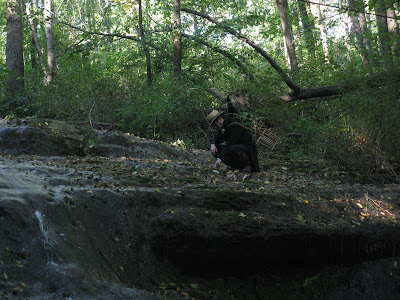 I climbed to the top of the falls while the children explored below. 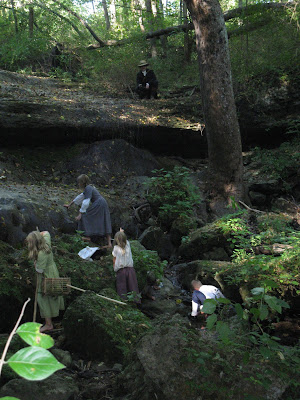 I encourage the girls to keep their dresses dry, in vain. 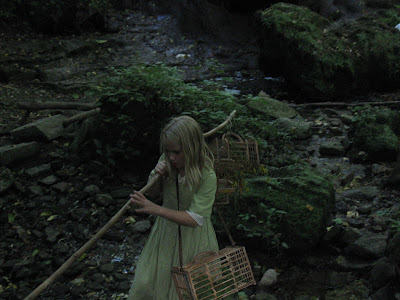 Rose makes her way over the rocks, eager to fill her little cages. Having lost the boys, the girls and I venture across a fallen tree. 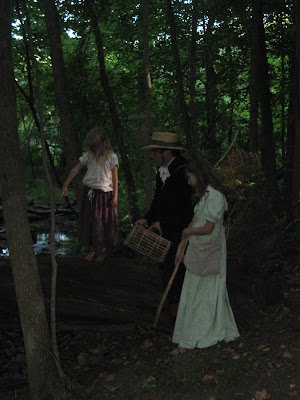 Sophia points out a specimen which she deems interesting
enough to collect, but not to touch with her own hands. 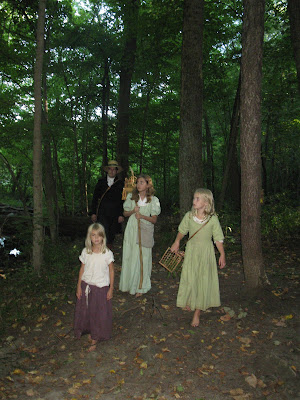 Having lost a good deal of our light,
we venture back toward New Boston itself.